As of April 1, 2019, an estimated 7,546,400 people reside in the State of Washington, according to annual estimates prepared by the Office of Financial Management. 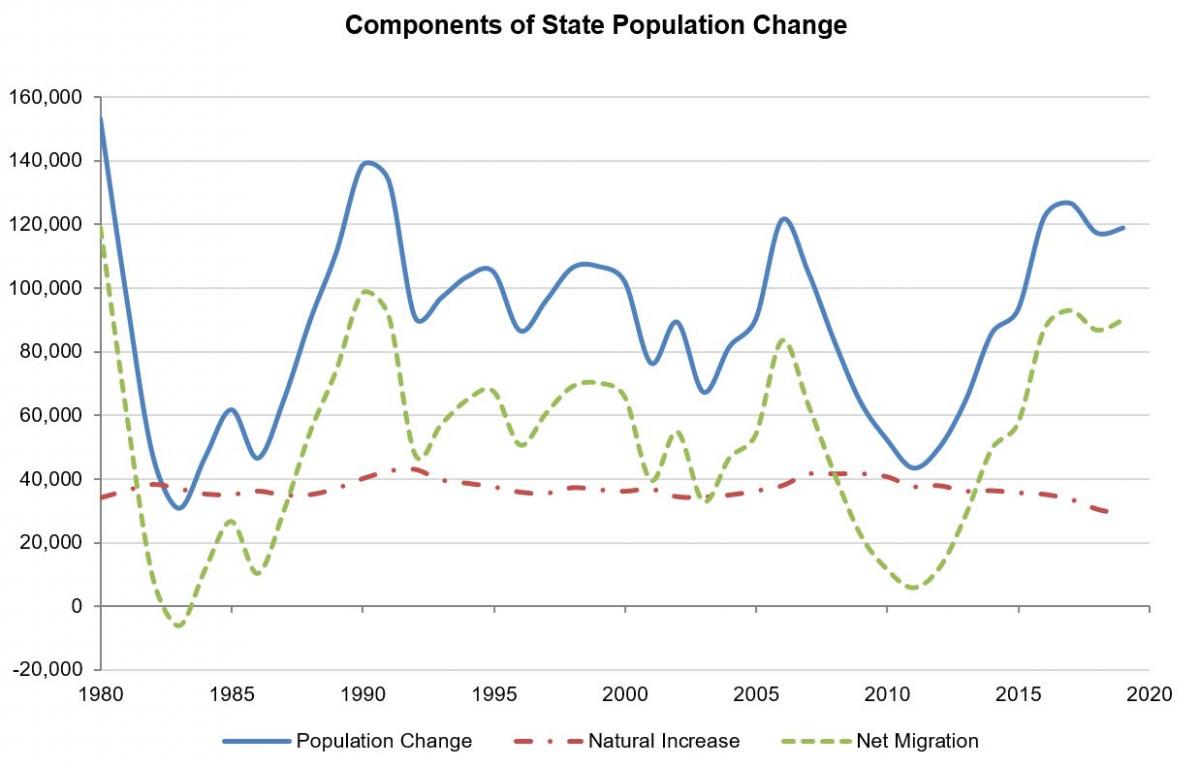 Similar to recent years, population growth remains concentrated in the five largest metropolitan counties—Clark, King, Pierce, Snohomish and Spokane—yet momentum continues to shift to other metropolitan and non-metropolitan counties. Sixty-nine percent of state population growth occurred in the five largest metropolitan counties this year, down from 70 percent in 2018. Counties with populations between 100,000 and 300,000 saw their share of growth increase by 1 percent to 19 percent while the share for counties under 100,000 people remained at 12 percent. Franklin County was the fastest growing county between 2018 and 2019, with 2.31 percent growth, followed by Whatcom County (2.25 percent) and Benton County (2.22 percent).

The April 1, 2019 population estimate for Washington’s incorporated cities and towns is 4,910,900, an increase of 74,400 people from the prior year. The top 10 cities for population growth, in descending order, are Seattle, Bellevue, Tacoma, Spokane, Kennewick, Redmond, Vancouver, Kirkland, Pasco, and Bellingham. Seattle’s population increased by 16,900 people for a total of 747,300.

The state added 45,300 housing units in 2019, compared to 42,200 in 2018, an increase of 7.3 percent. Fifty-five percent of all new units built in the past year were multi-family units. The state’s housing stock has grown by an average of 31,700 units per year since 2010, 27 percent below the prior decade average of 43,500 units per year. More than 71 percent of all new housing units this decade were built in one of the state’s five largest metropolitan counties. King County leads all counties with 104,500 new housing units, or 37 percent of the state total since 2010.

See additional information on the latest population estimates for the state, counties, cities and towns.