Home » Washington Data & Research » Population & demographics » Decennial census » 2020 Census: what you need to know » Why is the 2020 Census important?

An accurate census will drive decisions that will affect economic investments in communities in Washington and the weight of its political influence until 2031. For every 100 households missed in the 2020 Census count, the state could lose up to $5.8 million, which would affect the ability to support children, veterans, senior citizens and middle- and low-income families adequately. An accurate count of Washington's communities will ensure the fair distribution of taxpayers' funds and political representation.

The Constitution mandates a decennial census

Article I, Section 2 of the U.S. constitution establishes the basis for a complete population count every 10 years in order to determine the number of Congressional representatives that each state gets. The 14th Amendment makes clear that the count must include “the whole number of persons in each state.”

Census data is used for political and administrative representation 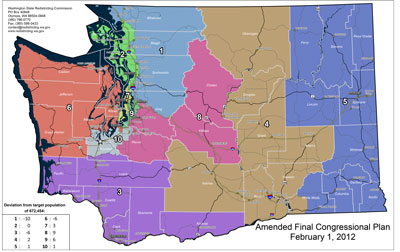 Washington state uses the data to draw boundaries for every level of government down to the school districts. Due to growth in the state between 2000 and 2010, Washington was also able to send an additional representative to Congress. While the state is unlikely to gain another seat in the 2020 Census, an accurate count is important to ensuring fair and equal representation at all levels.

State estimates are that census data determines the allocation of $200 million to counties and cities from the state general fund annually.

But, it is not just governments that use census data to plan, budget, and make policy:

New technology may increase challenges for a complete count

In 2020, the Census Bureau plans to use the internet as the primary mode of self-response for the first time. Other cost-cutting measures include introducing “big data” solutions (e.g., GIS mapping, on-line personnel management methods, and administrative records) to replace more resource-intensive address canvassing, training, and non-response follow-up. While certain groups have typically been hard-to-count communities, the new and largely untested innovations increase the potential to omit residents where housing has grown or changed, to overlook those with less computer literacy or broadband access, and to undercount young children, minorities, low-income individuals and other marginalized individuals.